Batu Kudi cave to be developed as tourist destination 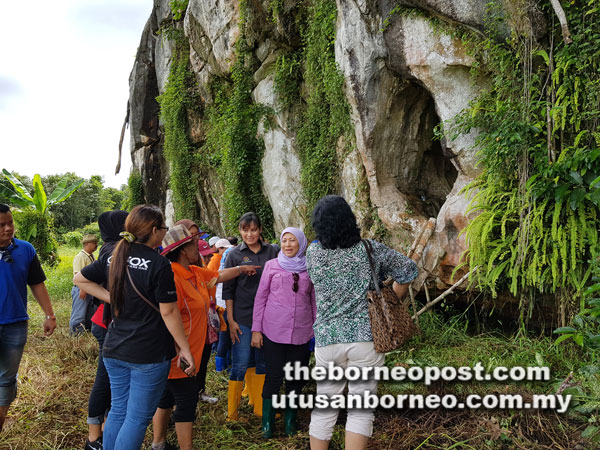 Nancy (second right) being briefed on the cave.

The Batang Sadong MP was joined by Selamalatong villagers and members of Simunjan branch of Sarawak Women’s Federation (PPWS), and they spent about 2 hours there. Batu Kudi is accessible via an oil palm plantation road.

According to Nancy, she will propose to the government to develop this area as a tourist destination. She said this effort could help the surrounding villagers to increase their income through tourism-related activities.

“I also brought along our friends from PPWS so they can think of ways to help women in this area such as in promoting their unique traditional food,” she said.

The residents living near Batu Kudi Cave believe it has its own history and myths. According to Anthony, this cave was the site of an old longhouse but it was cursed and turned into stone.